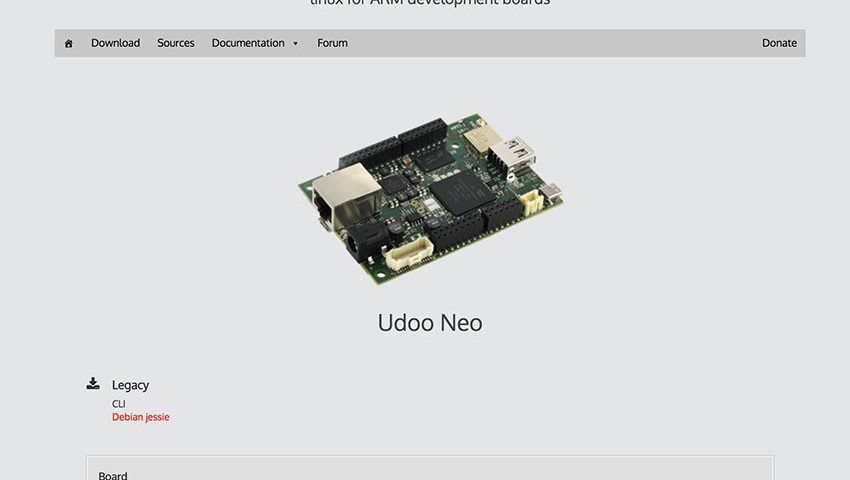 Dear fellow UDOOers,
another flash yet precious news you may have lost in the cracks of your busy life: the first non-official Linux distro for UDOO Neo is out. Based on Debian Jessie. Compiled from scratch, built on Kernel 3.14.55, suitable for strong Linux badasses.
‘Course there are some bugs, like the wireless driver not working yet, but mates, it’s a beta version of a newly released hardware! Impressive, isn’t it?
It’s a server version, a light one, with no graphical interface for real terminal-addicted folks.
Nice weekend guys with ARMBIAN by Igor Pečovnik, fellow UDOOer.