UDOO at Maker Faire Rome 2016 – such a splendid experience!

UDOO at Maker Faire Rome 2016 – such a splendid experience!

as you may have noticed, in case you follow our endeavours on social media, last Friday, Saturday and Sunday we were at Maker Faire Rome 2016, the European Edition 4.0

An overview of the #UDOO booth: we are at Pavillion 7 Booth D24/25: come meet us! Lots of surprises! @MakerFaireRome #MFR16 pic.twitter.com/DmXPktLfOD

And our booth was overcrowded, even more than last times!

If you’ve never been to Maker Faire Rome or other Maker Faires around the world you can’t imagine how much jaw-dropping it is. We will try to make you perceive the energy we’ve felt during this beautiful weekend with a brief summary of the demos we brought, the interesting people we met and… well, this video we prepared for you.

As previously announced we brought our Smart City / Smart Home demo that you may remember from Maker Faire Rome 2015. But this time we expanded the IoT playground with the addition of UDOO Blu, one gas sensor and one servo motor controlled by UDOO Blu.

Also, new interactions: in case of a gas leak, for example, the system opens the windows, and closes it as soon as the air comes back clean.

Have we told you about the cloud?

While the previous version presented last year was all NEO-based, and involved lots of NEOs connected to various modules, this year we’ve followed a client-server architecture. UDOO Neo was working as a gateway, managing all the UDOO Blu clients that, in turn, were managing a swarm of distributed UDOO Bricks. The NEO was connected to a cloud server with which it was sharing data received from the gas sensors, UDOO Neo boards and UDOO Bricks.

On the server a NodeJS app was running and displayed on a screen, showing to visitors the interactions in the environment in real-time.

UDOO Gear did the lion’s share. Everybody wanted to play! Almost instantaneously a queue formed, with kids aging 10 to 40s.

But we already knew it would have been the most crowded part of the booth, so we came prepared. Pedals and steering wheel for a real simulation, a 55” TV screen, UDOO X86 Basic with Windows 10 up and running all day long with no glitches, three UDOO Neo at stake and a lot of patience 🙂

The game was Trackmania 2 Canyon, that we bought on the Steam store.

The 2 demos of the AXIOM Project

The cluster of UDOO Quad has been a nice addition, and we have to thank the AXIOM Project for this, a 3-yrs EC-funded project in which we are involved, dedicated to build an FPGA board for the industrial and DIY domain for easy-to-set-up clusters with fast interconnects. The aim of the cluster was to show OmpSs, the programming model by Barcelona Supercomputing Center, and supported by the AXIOM Project, to extend OpenMP with new directives to support asynchronous parallelism and heterogeneity (devices like GPUs).

But that’s not all.

We also brought BioMarketing, an app by Herta Security and running on a UDOO X86 Ultra, that was trying to guess age, gender and ethnicity of visitors standing in front of the camera.

Take 2 minutes off and listen to the brief explanation of Paolo Gai, Evidence, a member of the project, and Roberto Giorgi, Project Coordinator.

There was also Alessandro Francescon, Geduino co-founder, with us. We met last year at Maker Faire Rome and it was love at first sight. You know Geduino, the autonomous UDOO-based robot, do you? If not, take a look at the project’s page on Hackster.io!

We told you we also were at the Intel booth, do you?

There was a UDOO X86 with a demo of Ambient Light plus OpenElec running videos in 4K with, you know, LEDs in the frame.

At the faire we also had the pleasure to meet Massimo Banzi, co-founder of Arduino and pretty much the creator of DIY electronics as we mean it today.

It’s been an interesting talk. He has talked us about the role of the Arduino Foundation, the not-for-profit company constituted with the aim of supporting open source hardware and software.

We believe the Arduino Foundation will sign a new beginning for Arduino and for the open source community. It will be for Arduino and the OSW community what Arduino has been for DIY electronics.

We also talked about Eslov.

Like our UDOO Bricks, Eslov modules are tiny modules and sensors attachable via I2C through a dedicated 5 pin connector and, as UDOO Bricks, support cascade configuration.

We have heard some critics from makers about Eslov. Makers think programming and tinkering is the coolest part of the act of creation, and that Eslov is removing that part.

Long ago, Arduino removed much of the friction that was keeping the average dude from building new products and giving life to their ideas. Eslov is doing the same: it’s allowing kids and non-engineers to prototype even faster, with drag-n-droppable blocks that we loved in an instant because they reminded about our fork of App Inventor 2.

With Eslov, your mom will become a maker.

That’s why we think you should support Eslov.

And who knows? Maybe Eslov will be compatible with UDOO boards and Bricks… 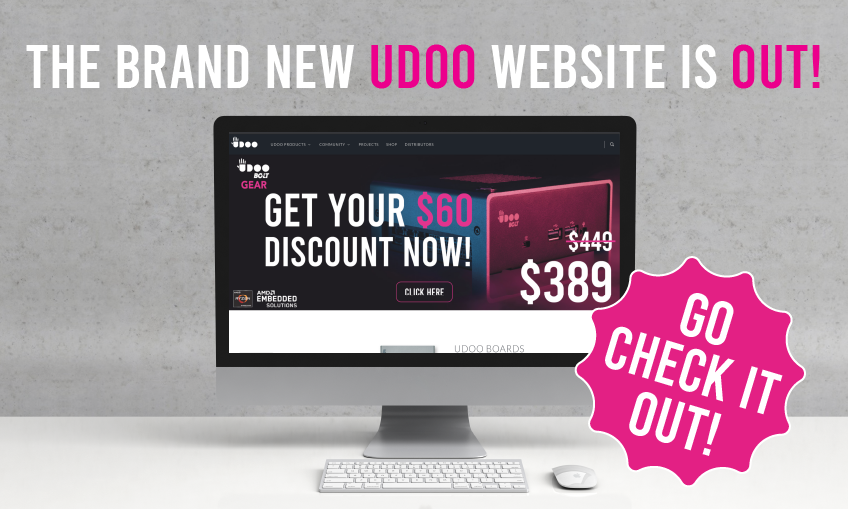 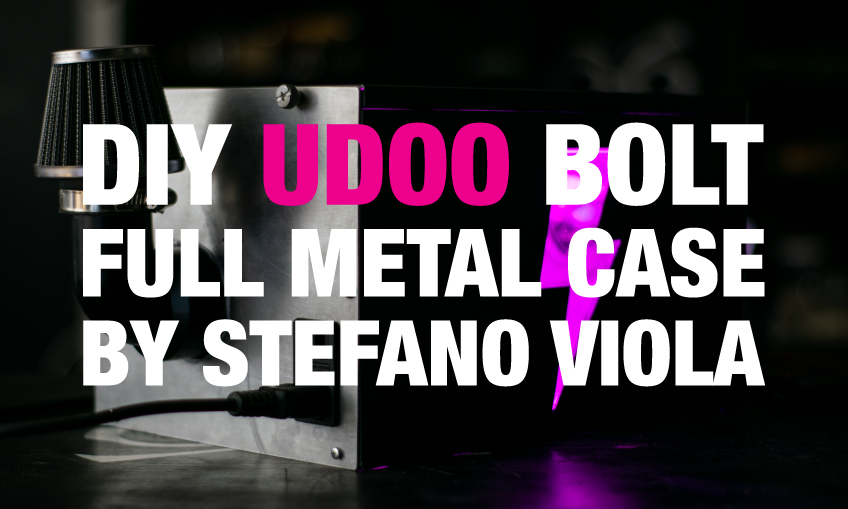 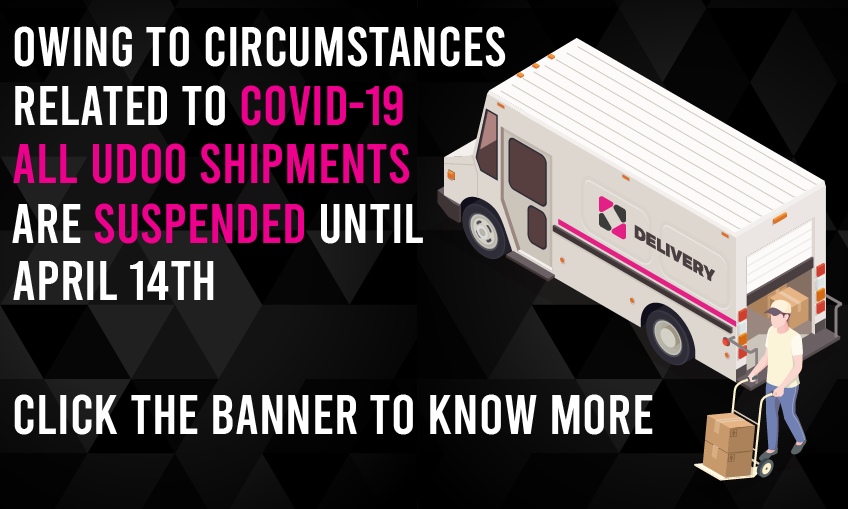