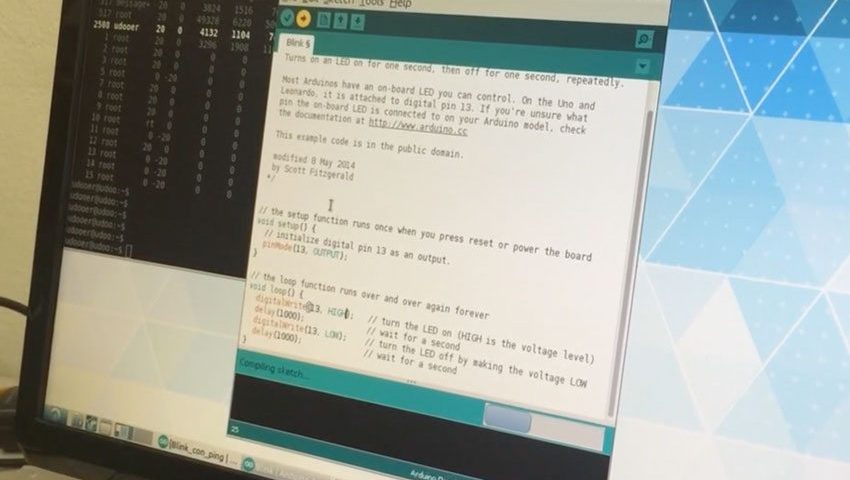 Dear folks,
we’re pleased to announce, to the delight of all Arduino lovers, that we are making some good progress to make UDOO Neo Arduino-compatible. In this video you’ll see some simple tests performed just to give you a glance of the Arduino world in the UDOO Neo domain. As you see, Arduino IDE‘s running directly on UDOO Neo. From the Linux UDOO-compatible distro you’ll be thus able to update your sketch on the Cortex-M4.

To be precise, we’re currently finalizing the porting of the Arduino libraries based on MQX Real-Time Operating System (RTOS), smoothly running thanks to the high performance granteed by the powerful Cortex-M4.
And another news worth spreading: analog readings have a precision of 12 bits instead of 10, as expected for Arduino UNO. The value you can read thus ranges from 0 to 4096 instead of 1024: it means you gain a 4 times greater precision!

We’d like to take this opportunity also to remember to any Kickstarter backer that at date we still miss the answer to the survey of 37 backers, so take a look at your email and remove that autoresponder!!!

Don’t worry, your wait for UDOO Neo is coming to an end. Follow us for updates, we’ll soon give you some big news!