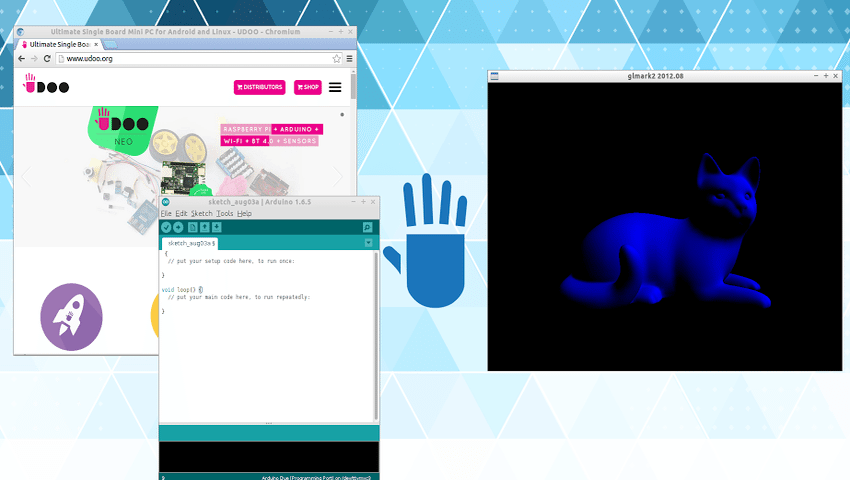 Ok folks, it’s been a while, but we worked hard and got a brand new OS off-the-shelf:
it’s UDOObuntu 2!!!

Based on Ubuntu Trusty 14.04 LTS, it comes with the latest security updates since it’s supported for the next three years!

1) regarding Boot
At the first start the image extends the partition, generates again the SSH keys, then reboots.
So do not worry if you find such behaviour on UDOO, it happens just the first time it boots.

What there will be in the next beta – estimated delivery: end of August

Why?
We need you for three main tasks:
feedback: report any problem in the forum
help: if you’d like to volunteer and help in the development, here we are!
ideas: if you’d like something in the third beta of UDOObuntu 2, tell us! At this time we can’t define an ETA however.

Hope you appreciate guys! UDOObuntu 2 for UDOO Neo will be based on this version.

One more thing…
For those of you who have bought UDOO Neo via Kickstarter, your board is about to come: September is closer and closer every day! For everyone interested in buying UDOO Neo: in October it will be on sale. Sign up to our UDOO Neo Alert and you’ll get notified the very moment UDOO Neo hits the shelvs. But it’s not over! You can still